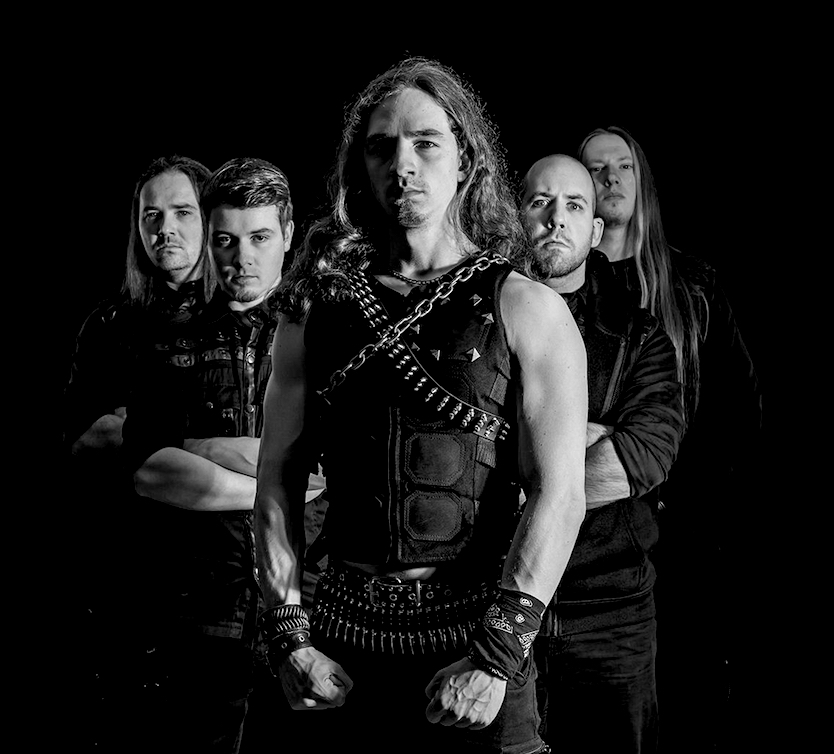 TRINITY SITE was founded in 2009 in a small village near Würzburg by Jochen Rau (Guitar/Vocals) and his brother Andreas Rau (Drums). Originally the band was never planned as a quartet, so no singer was brought into the band in addition to Sascha Born (Bass) and Stefan Mahr (Guitar). After promo shots, songwriting and a few live-shows in 2010 the band, heavily influenced by melodic death metal, quickly drew attention in the metal scene.

Amongst other things, TRINITY SITE achieved a direct nomination for the german final round of the Wacken Open Air Metal Battle with their first demo-snippets which were no longer than 270 seconds. This was followed by the release of the first full length song “Similar to nothing”, which hit the Legacy Sampler number 71, as well as interviews in Legacy Magazine, a live-review in Metal Hammer and the opening of the Free & Outdoor Festival. In 2011 TRINITY SITE played along with bands like Sepultura, Cripper, Legion of the Damned and Benediction.

At the very beginning of 2012 the band started to self-record their first EP called EX INFERIS, which was mastered during summer 2012 by Dan Swanö and finally released on the 15th of august. The EP EX INFERIS earned a lot of positive reviews from national and international press with many cross-references to bands like Soilwork, Dark Tranquillity or Arch Enemy.

After the release, TRINITY SITE grew to a five piece band by recruiting Max Ruck (Vocals) in order to improve their live performances. The following years were dominated by numerous live shows but in the same time were overshadowed by time-consuming and paralyzing line-up changes. Benedikt Mehling (Guitar) replaced Stefan and Ronny Worm (Vocals) joined the SITE in the middle of 2014. Two years later it was up to Simon Lummel (Guitar) to complete the band again.

Meanwhile the band finished the songwriting for their first full length album and without losing the big picture TRINITY SITE entered the studio to record AFTER THE SUN in spring 2016. The album was mixed and mastered by elements media studio and was released one year later on May 26th. The release was just before founding member Andreas announced his exit from the band after nearly eight years of playing the drums for the band.

At the same time the band happily welcomed Marc Schumann as new drummer. AFTER THE SUN was and is reviewed highly by the press as further musical progress to EX INFERIS. The form of death metal was described as melodic yet futuristic as though the band themselves were machines powered by the sun. The band regained strength and hit the stage again in the following years.

On May 10th 2019 TRINITY SITE released XENOS. A big step in the evolution of the band - barely comparable to the former releases. Nikita Kamprad (Der Weg einer Freiheit) from Ghost City Recordings supported at recording vocals, mixed and mastered the EP. The sound is more brutal than on AFTER THE SUN but as clear as on EX INFERIS so that every detail can be distinguished from the next.

However after big discords the band decided to not play any more concerts in the next months.